At a very popular NYC milonga, I found myself in an awkward situation. I think that the choice that I made might have been the correct one, even though it was perhaps the "wrong" one as I did give unsolicited feedback in a sense.

So, as I was sitting chatting with a friend, this young man comes up and asks me to dance. I've never seen him before, I had not seem him dance yet (it was the beginning of the night), and he was not wearing dance shoes. hum. I very politely said "Thank you, but not right now." He then nodded towards my friend, who was now involved in a conversation with the person on the other side of her, and said "How about your friend?"

I looked at him in amazement (and not the good kind), and realized that he was not an ass and not being rude, he was in all sincerity asking me to get my friend's attention. My sharp Irish tongue itched behind my teeth, but I decided to take a different route. So I said "How long have you been dancing tango?"
He looked surprised at my response and said he had started in May, why was I asking. I replied that what he just asked me was considered incredibly rude in tango etiquette, and that this milonga was not the easiest on beginners, so perhaps he should change his tactics if he wanted to have his invitations accepted.
He sort of fell down into the chair beside me, absolutely crestfallen, and said "Is that why I can't get anyone to dance with me???"

I then explained to him how one should ask someone to dance, how to take rejection graciously, to not go down the line of women asking one right after the other, and how to read a follower's body language when walking up to her. He sat there taking it all in, asking questions that were perceptive, until he finally said "What else do I need to know?"
Yikes, I did not want to teach a seminar, only give him some advice. So I told him to do some research on line, that there were some really good websites with this info on them, such as the ones below:
http://www.close-embrace.com/invitingetiquette.html
http://www.tangoconcepts.com/etiquette.html
http://www.tangomuse.com/TangoManners.html

I also pointed to the DJ and said that he was an excellent teacher who taught social tango, and he should look into classes with him as well as observe what happened on the dance floor. How did the better dancers ask others to dance? How do they behave?

He thanked me for telling him these things and wandered away. I saw him later sitting on one of the back seats, watching the leaders in the room. Which made me feel better about what I did. I would like to think that I may have helped someone perhaps stay in the scene, as opposed to never understanding why everyone is "snobby" and leaves to go salsa or grow bonsai or something else other than tango.
Posted by Debbi at 11:41 AM

You did the right thing, Debbi. Shame on the poor guy's tango teachers.

there was not a bit of cruelty in this story. the man will remember this moment for a long time.

Thanks Frances, I certainly hope so. I also wonder if the teachers do cover this information and it simply gets lost in the focus on learning the "steps".
Thanks ME - I do feel that crushing someone's night can be cruel, although allowing him to continue flailing would have been more cruel. But I do hope that this was a positive experience for him.

I applaud you, Debbi! You went above and beyond the call of duty, which is simply a "No, gracias," to help somebody understand and to learn. If more dancers had your attitude, there would be fewer dropouts and less shock when and if they arrive in BsAs!

I SO need to translate this into Italian.

Hi Debbie. This story makes me think of our newbie princeton leaders heading to nyc for the first time - I could see them getting into the same situation. I would be elated if they met you and got such a kind and well-meaning rundown on the scene. I think you did this guy a huge service and your actions were not cruel in the least.

You go girl! Educating the masses is always a good thing.

I'm curious as to what you think was bad about this? You handled it perfectly in my opinion. I cannot tell you the number of tangueros (especially recently) who have - out of the blue - thanked me for being so helpful and supported at the beginning of their tango journey.

This goes along with your other story about "making" someone dance with you, when they don't want to..

I just spent 4 months in BA. And at one point in La Glorietta a man asked me to dance.

So I thought for a minute and said :" I just really do not feel like it right now. There is nothing *wrong* and there is nothing for me to explain. However if in spite of it I go dance with you - it really will not do anyone any good in the end. I will not dance well, because I will do it half-halfheartedly. And I don't think it would be fair to you. Does this make sense?"

He looked surprised, and then said that noone has explained it to him as honestly, but he is grateful that I did and that he understands .

I don't know if this was a good idea or not. I just said what I thought. 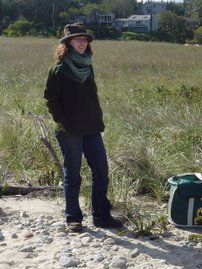